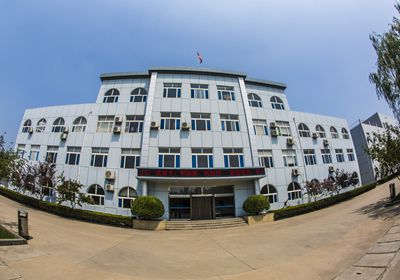 shandong shenghe thermal power co., ltd., located at economic development zone of boxing county, was founded in 2000, which is a thermal power joint production enterprise under the flag of bohi industry, and mainly undertakes the thermal power supply for the enterprises and public institutions in the zone and the residents in the urban area of boxing.the total investment is 0.68 billion yuan, and the total evaporation volume of the boilers is 745 tons per hour. the annual electricity generation can reach 0.48 billion kwh, and the annual vapor volume for export is 3.60 million tons. it is currently a thermal power enterprise with the biggest installed capacity and best equipment at boxing.

shandong shenghe thermal power co., ltd. is a subsidiary of bohi industry, the ground-breaking construction of which was on december 28th, 2000. the company is responsible for the heating supply for the residents in an area of 2 million square meters, and also undertakes to supply the vapor for the enterprises in economic development zone of boxing. now, the annual electricity generation capacity is 0.48 billion kwh, and the annual vapor volume for export is 3.60 million tons.

shenghe thermal power adopts the thermal power joint production method that is strongly advocated by the national policies as a sustainable energy utilization method, realizing energy cascade production and utilization. total energy utilization rate reaches 80% or more, contrasted to thermal and power separated production, about 30% energy is saved. according to requirements for environment protection, the constructions for desulfurization, denitrification and electric dust removal are in position, improving the air quality in boxing county, highlighting the advantage of energy-saving and environment protection of this project, and making an active contribution to the “blue sky and clean water” engineering of boxing county.

the company is a thermal power joint production enterprise, which mainly supplies heat and electric power to the enterprises belonging to the group and the enterprises in economic development zone of boxing. by burning in the boilers coal can produce high pressure and high temperature vapor, and the vapor goes to turbine power generation system for electric generation, but some vapor is supplied to various enterprises for their vapor needs. some of electric power is used by its own, and the remaining is directly connected to the sate electrical grid.

the environment-protection circulating fluidized bed boilers are employed, with high combustion efficiency, good coal-grade adaptability, high combustion intensity, and easy comprehensive utilization of the ash residue. limestone and other desulfurizers can be directly added to the inside of the boilers, and the combustion temperature is low, which features the advantage of inhibiting the generation of nox.the advanced electric dust removal system and electric-bag-combination dust removal device are adopted for fume dust removal, with dust removal rate being 99.85% or more.the limestone-gypsum-combination desulfurizer is adopted for fume desulfurization, with the calcium-sulphur ratio being 1.03, and the desulfurization rate being 95% or more.the main coal cinder, ash and other solid wastes are comprehensively used, by being transported to cement factories and building materials factories utilized as raw materials for cement and bricks.

there is a good greening layout in the factory area, taking the point and plane combination into consideration. there are concentrated green lands in the main fields with key greening and the greening rate being of 39%.